The Intersection of Social Justice & Grief

The Spectrum of Escape

This is your unique journey. You are the best...

You Are Love, in Grief

A Poem For Grievers Your heart is an ever-expanding...

Earlier this year, I met a gentleman on the...

“Empathy Is Not Endorsement”

How Forgiveness Facilitates Dignity In his Ted Talk, “Empathy...

The Gifts of Grief

“You never know what will be the consequence of...

Cesar was a 23 year old gentleman living in Los Angeles, CA at the time of his untimely death while in the custody of the LAPD. He was a son, a brother, an uncle, a friend, and much more to those who knew and loved him. Years later, the family still awaits clarity and justice.

According to Say Their Names LA, Cesar Rodriguez was crushed to death by a metro train during an altercation with Long Beach Police over non-payment of a $1.75 metro fare. You can read a summary account published by Streets Blog LA near the first anniversary of his death here, and watch a news report with video of the event here.

According to the reports, the police waited 4 days to notify his family of his passing. The LAPD statement that followed attempted to justify the death by claiming that Cesar was running from police, but a Metro video of the incident cast doubt on their story. Years after Cesar’s death, the case remains unresolved. The family was offered a settlement, but rejected the money in favor of the truth.

What is complex grief?

Everyone experiences grief at some point in their life, but not everyone experiences the same kind of grief. In complex grief, the emotions can be so intensely painful and long-lasting that it is difficult to recover from the loss and resume your way of life. The waves of grief can be like emotional tsunamis, unpredictable in their frequency and intensity, spilling into every aspect of your daily living. This level of complexity and intensity can happen for many reasons – dealing with a traumatic loss, multiple losses, loss that brings up other unresolved issues, to name a few. The story of Cesar’s family is clearly one of traumatic loss. Not only was his death at a young age unnecessary and unexpected, but the circumstances of it were reprehensibly injustice and profoundly devastating.

A beacon for change

She is grateful for the words of her son’s voice echoing in her mind, now more poignant than they were when she first heard them. They remind her to trust in God, to be strong, to keep fighting, and to have faith. Tears fall from her eyes and her voice wavers as she shares the memories and describes the powerful hope for a miracle of justice, a hope that warms her soul and gives her the strength to keep going in Cesar’s honor. For now the loss remains an open wound, festering with the complexity of the court proceedings and the mix of sadness and pain that still washes over Rosa and her children and grandchildren. Powerless to achieve justice in a timely fashion, Rosa says, “there is nothing left to do but wait and trust in God.”

Let this mother’s grief, faith, strength and voice be a beacon to us all. Let it be the light that guides us to a world where we know “the police who are supposed to protect us” will not be “the ones who kill us.” Let it be a call to reformation, a reminder to the rest of us that we are responsible for heeding the call to truth and fighting for a more just society. 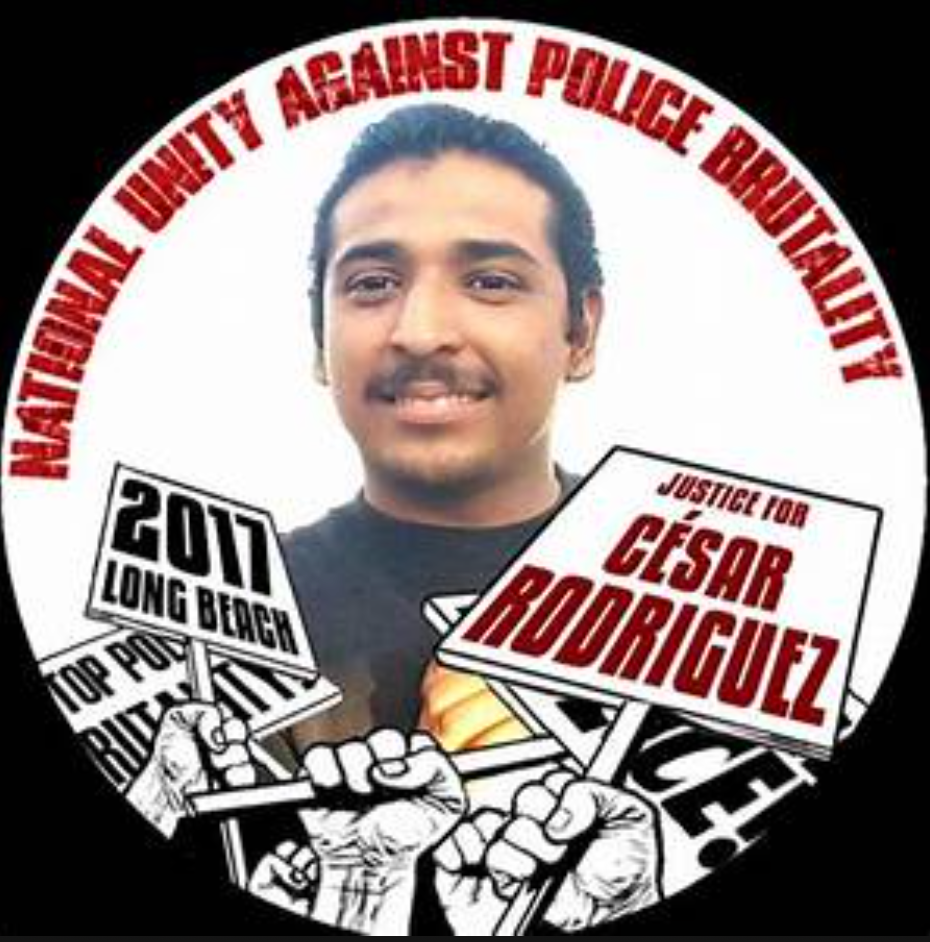